Darwin is the most northerly city in Australia, spotlessly clean, modern and warm. 80 km (50 mi) offshore – where the Arafura Sea joins the Timor Sea – are a couple of islands separated by a narrow winding channel, the Apsley Strait. These islands have been occupied by the Tiwi people for some 60,000 years, separated from the mainland since the end of the last ice age, about 12,000 years ago. The two islands, Melville and Bathurst, have a combined area of 8 320 km² (3,200 mi²). The landing strip. There are a lot of challenges associated with remote logging operations.

Today, close to 30 000 ha (74,000 ac) – amounting to five percent of Melville Island – are planted with acacia and pine. The first plantations on the island were developed in 1960 by the Northern Territory government at Snake Bay. By the time the government abandoned its forestry project in 1986, 3 900 ha (9,600 ac) of pine had been established, along with the initial acacia trials. In 1999, Sylvatech Limited (formerly known as the Australian Plantation Group) and the Tiwi Land Council received approvals to plant 26 000 ha (64,000 ac) of hardwood.

However, the island’s forestry history predates all of these developments, beginning in the late 1800s. The first sawmill built on Melville Island produced cypress pine lumber that was used to rebuild Darwin after a devastating cyclone in 1897 and sawmilling remained as an industry on the island until the early seventies. (It is interesting to note that Darwin was rebuilt twice more – once after WWII as a result of Japanese air raids and again after Cyclone Tracey in 1974 – hence the modern look.) A wall of acacia.

In 2005, Sylvatech Limited was purchased by Great Southern Group which became insolvent in 2009, along with many other managed investment schemes in Australia around that time. Both the Receiver Managers and Administrators of Great Southern then disclaimed the leases on the Tiwi Islands and the Tiwi quickly concluded they would have to take control of the acacia plantations, establishing Tiwi Plantations Corporation Trust (TPC) to manage the plantations on behalf of the traditional landowners.

In 2011, the Tiwi Aboriginal Land Trust granted an exclusive licence to TPC to manage the silviculture, harvest, export and marketing of the wood fibre. In order to accomplish this, TPC partnered with Plantation Management Partners Pty Ltd (PMP) which developed and manages all of the operations including harvesting and transport as well as the Port Melville woodchip export facility. Based in Darwin, PMP has a southeast Asian market focus and is one of the largest independent forest management companies in the region. PMP regional manager, Quinten Pope, looks out over a
cutblock.

Concurrent with all these developments, the Tiwi, with the help of PMP, also attracted third party investment to reconstruct the wharf. Originally built by Great Southern Group, it sustained significant damage in 2007. The newly constructed Port Melville facility also houses a fuel depot and modern camp-style worker accommodation. The favourable geographic position of the deep water port offers competitive advantages over other ports in Southern Australia for the export of woodchips to Asia. In addition, the port has the potential to serve other customers and business sectors in northern Australia including the oil and gas industry.

In early 2014 Mitsui, TPC, Tiwi Aboriginal Land Trust and PMP signed a Memorandum of Understanding committing to the purchase and sale of up to 400 000 tonnes of chips annually for a period of up to five years. With a port and a market in place, the next step for PMP was to evaluate the harvesting equipment, chippers and trucking capacity TPC would require to produce and deliver the required annual volume to Port Melville. The flat terrain lends itself well to the use of drive-to-tree feller bunchers and PMP and TPC quickly established that a feller buncher and skidder combined with an infield chipper would be the optimal system.

PMP regional manager, Quinten Pope, has been on Melville Island for nine years. He explains that one of the big questions was whether to equip the machines with disc saws or shears. A number of criteria factored into the decision and the final analysis strongly suggested the shear to be the best choice.

It looks great on the surface but what lurks beneath are bull sharks and saltwater crocodiles.

First off, there are really only two types of weather on the Tiwi Islands, 32°C (90°F) and sunny or 32°C (90°F) and raining. The prolonged six-month dry season significantly escalates the risk of fire – especially when a great piece of steel is whirling around at high speed striking

rocks. Score one point for the shear. The shear can effectively cut much lower than a disc saw since the shear isn’t so susceptible to wear from abrasive soil and rock, so fibre recovery is higher and the stumps are lower. This carries over to reduced wear and tear on the skidder tires and operators. There is no need for skidder tracks and the operator can take the most direct route to the landing. More points for the shear.

“A financial and risk assessment put us toward shears and Tigercat,” explains Quinten. “We went to Western Australia and watched saws and shears working in the blue gum and felt pretty comfortable. We worried a little about cutting cycle times but that has turned out not to be a problem. The buncher can generally stay ahead of the skidder and chipper and the whole harvesting system is staying ahead of the trucking.” Since the operation is remote, anything that reduces maintenance, complexity and the potential for downtime is a big plus. The Tigercat bunching shears benefit from extremely high uptime along with very low maintenance requirements. 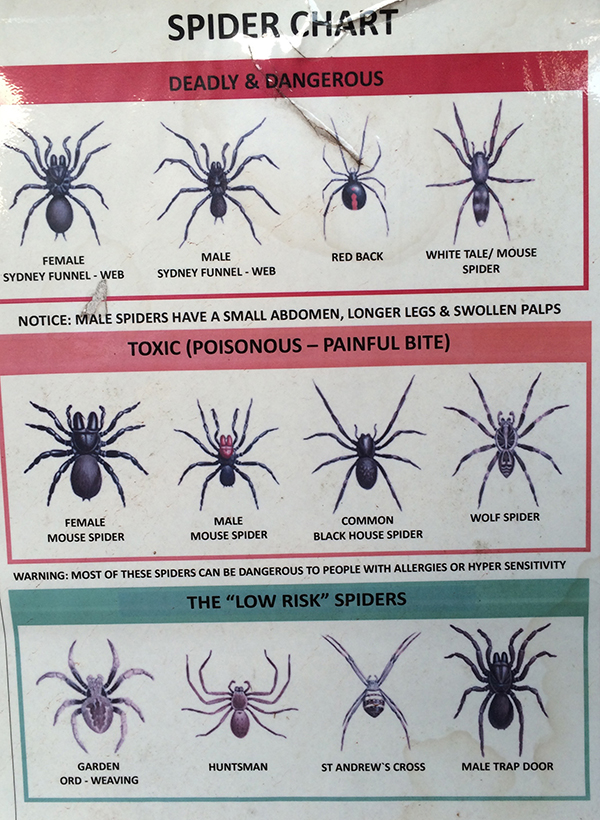 Then there are the snakes, ants and spiders. Though the acacia stem form is less than optimal, the feller buncher operators are able to accumulate nice sized bunches and are achieving good production.

PMP and TPC eventually settled on two identical systems comprised of a 724E feller buncher with a 2000 series shear and a 630D skidder feeding a Peterson 5000H delimber/ debarker chipper. Six haul trucks are initially serving the two logging sets and the average distance from plantation to port is 41 km (25 mi).

The entire forestry operation including operators, maintenance, support and office staff employs about 50 people, of whom half are Tiwi including most of the truck drivers, one loader operator and some of the workshop employees. Being a new operation, a lot of operators have rotated through the machines for training and evaluation.

Form and piece size provide challenges to the harvesting system, but the feller buncher operators are able to accumulate good sized bunches. 724E operator, Brett Crawford, is happy both with the performance and reliability of his machine so far, simply stating, “It’s bullet proof.” The skidder alternates between long and short distance skids to keep steady flow to the chipper, hauling around four tonnes per drag. Totalling over 700 km (435 mi), the well developed road network within the plantations virtually guarantees 400 m (440 yd) maximum skidding distances. The heat and dust are unforgiving. The operators run the working lights in broad daylight. Note the absence of stumps in the foreground. The shears sever the trees nearly flush with the ground so the skidder operators are unrestricted and free to aim directly for the chipper at roadside.

Most of the challenges PMP and TPC face are directly related to the unique tropical island environment. Because there is virtually no rainfall during much of the harvesting season, the amount of dust in the harvesting blocks is extreme. When the rain comes, over 2 000 mm (79 in) during the wet season that runs from November to May, it can shut down the operation. “Now that we have produced enough for two ships, we are starting to get a good feel for cost of production and are starting to see some great results, with a number of significant improvements to come once we start sweating the assets,” says Quinten.

724E operator, Brett Crawford, is happy both with the performance
and reliability of his machine so far, simply stating, It’s bullet proof.

The first shipment of chips was successfully loaded out in late November on the vessel Daio Papyrus, with a second vessel to commence loading on February 11th. “I felt we did well on the loading side since it was a new system and new staff,” says Quinten. “It was a real learning curve and really showed the high quality of people we have working with us on this project.” The loading process took six and a half days in total as Quinten and the team were commissioning the ship loading equipment. “The day shift got pelted with rain on a few days and it was very hot and humid,” adds Quinten. The conveyors deployed in the screening and stockpiling are repurposed during loading to move the chips between the reclaim hopper and the ship.

PMP and TPC developed a novel system to temporarily repurpose the conveyers normally deployed in the screening and stockpiling process to instead move the chips between the reclaim hopper and the ship. Quinten was pleased with this aspect of the system. “Our loading system of conveyors worked well from the hopper to ship loader. We identified bottlenecks during the commissioning and have already made significant engineering changes that will ensure the load time will be shorter next time around. It is a very efficient way to deploy capital.” The Tiwi are now busy preparing for the re-establishment of the plantation estate for the second rotation.


Starting from scratch and the story of PG Bison. 
A Tigercat 724E feller buncher and 630D skidder feeding a chipper at roadside in an acacia plantation in 2016. This is one of two identical harvesting systems working on remote Melville island, 60 km north of Darwin, Australia.