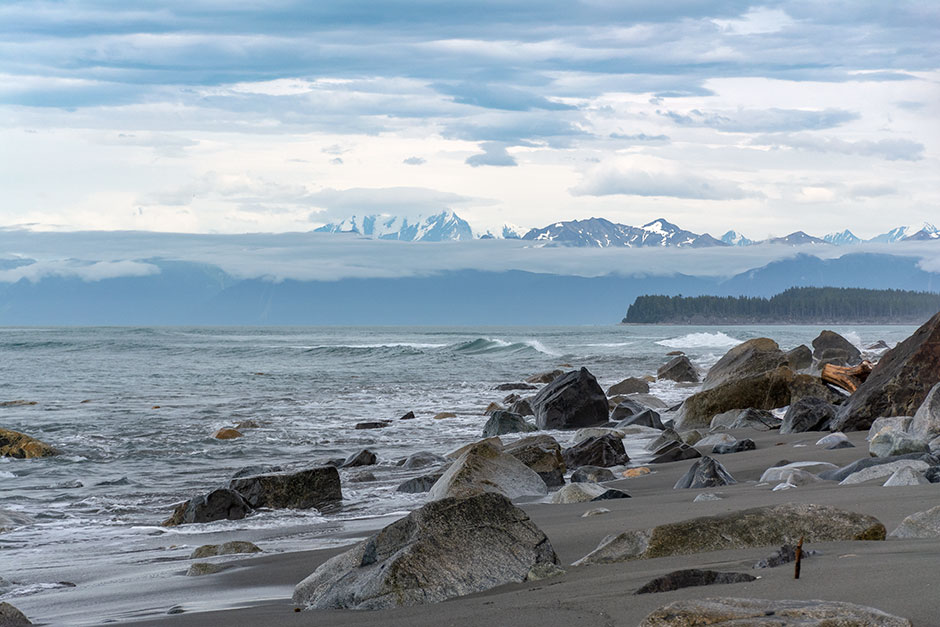 In the 1970s, the forest sector was the second largest industry in Alaska. However, government policy and new federal land-use rules introduced in the 1990s altered the industry. Alaskan logging contractors became so scarce that crews were brought in from other states to handle the sporadic timber sales that remained. According to the Alaska Forest Association, logging employment fell drastically from 4,600 jobs in 1990 to only 400 in 2018.

Preserving timber jobs is important and in remote Alaskan towns, it can be critical. With annual wages nearly $10,000 higher than the state average, these are important jobs that support families and communities. Four stakeholders manage Alaska’s forests. The federal government has 51% ownership and state and local government owns another 25%. Native corporations own 24%. Private ownership of timberlands is negligible. Over two-thirds of all logging jobs in Alaska take place on Native lands. Yak-Tat Kwaan, Inc. is a for-proﬁt Alaska Native Corporation dedicated to providing sustainable beneﬁts to the community by developing diverse business investments consistent with Native values, while being responsible stewards of the land. The corporation is based in Yakutat, a small town of 600 people in a region sandwiched between the Gulf of Alaska and the Canadian border. Yakutat is located on a glacial moraine surrounded by the highest coastal mountains on earth. The region is geographically isolated with no road or rail access.

In 2015, the board of directors of Yak-Tat Kwaan Corporation recognized that the economy in Yakutat was stagnating. There were few jobs and consequently the schools were heavily impacted. Lunch programs were being shut down, teachers were leaving, and students were being forced to move away in order to receive an education. The board looked at its resources to see how it could help.

After a land claim settlement act in 1971, Yak-Tat Kwaan received 9 300 hectares (23,000 acres) of land. A portion of the land was harvested back in the late 1950s and now seventy years later, 3,000 acres have grown back, providing high-value second-growth timber ready for harvest.

Logs being loaded on the barge in Broken Oar Cove.

Born and raised in Yakutat, Marvin Adams grew up around logging. His father worked for large logging outﬁts, R.B.K. Trucking and Silver Bay Logging, which in the 1980s, moved 29 million board feet annually out of Yakutat.

Backed by Yak-Tat Kwaan Inc., Marvin Adams and Donald Brenner started Yak Timber to harvest the second-growth timber in hopes of reviving the logging industry in Yakutat, boosting the local economy and providing much needed local jobs. “We started from scratch,” said Marvin. “I have a construction management background and I used to manage a heavy equipment division, so I know equipment.”

Marvin started by researching the various forestry equipment brands available. The Yak-Tat Kwaan board of directors were eager to lease/purchase the equipment required to get this operation underway as the economy in Yakutat continued to worsen. “We got quotes from various equipment dealers,” says Marvin. “Then at the eleventh hour I got a call from a local friend, Kip Fanning. He told me that I needed to meet a guy named Chris Gerondale of CMI.” An aerial view of the Yak Timber sort yard.

Kip had a working relationship with Chris Gerondale, assistant branch manager of CMI, a leading heavy equipment dealer in Alaska. Kip spoke very highly of Chris and CMI and Marvin had great respect for Kip, so Marvin set up a meeting with Chris in Anchorage.

Marvin explained to Chris that they were already well down the road on another deal. “The board had already approved the numbers,” Marvin explains. Then Marvin brought up Tigercat. “I told him that I really wished I could get those Tigercats,” he recalls. At the time Tigercat had no authorized dealer in Alaska. “Chris said, ‘Well, let’s see what we can do.’”

Fast forward to several meetings later. CMI and Tigercat worked out a deal authorizing CMI as the ofﬁcial Tigercat dealer for Alaska. Marvin explains, “I always wanted Tigercat and no one else could provide it, until now.” Marvin recognized he needed reliable equipment. “We are a remote site. You can’t have breakdowns out here,” he explains. Marvin knew he needed to have a big system for big timber. He knew he would be getting into some large old-growth oak and also some commercial thinning. Damien Long harvesting Sitka spruce with the Tigercat LX870D feller buncher. With a high strength-to weight ratio and long ﬁbres, Sitka spruce is used for general construction, shipbuilding and plywood. It is also known as ‘music wood,’ having excellent acoustic properties for pianos, violins and guitars.

Yak Timber started off by purchasing a Tigercat LX830D feller buncher and 635G skidder, a dozer, two-wheel loaders, two shovel loggers and one processor, which were all delivered by barge in April 2019. BC-based dealer Inland was a huge help in getting Marvin the equipment he needed while CMI ramped up as a new Tigercat dealer.

Marvin believed that the feller buncher would easily keep ahead of the processors. “In our mind, there was no way a processor could keep up with that volume. We actually thought the bottleneck was going to be the processing machine, so we got another processor,” explained Marvin.

Marvin and the crew soon realized that getting the merchantable trees out from the dense regrowth took a lot longer than expected. As predicted, the LX830D was cutting over 3,000 trees per day but 50% of them were non-merchantable. Marvin and Chris quickly realized they needed another feller buncher.

Marvin wanted another LX830D for commercial thinning. However, there was an LX870D readily available so that is what he went with. The LX870D arrived in early July and hit the ground running. The crew Yak Timber employs twelve people, eight of whom are native to Alaska. Several of Marvin’s new hires had never run forestry equipment before. When Alaska native Damien Long ﬁrst started, he was asked to offload the skidder when it arrived in Yakutat.

“Damien had never run a skidder before so I watched him. I was scared,” explains Marvin. “First thing he did was open up the manual. He opened up the manual and actually read it. And only after about ﬁve minutes, he started the machine up and drove it off the barge no problem.”

Along with being the crew foreman, Damien operates the LX870D feller buncher. “I won’t be able to get him off that machine. And the best part is, he’s a local. That’s a home run,” says Marvin. “The plan is working. And it’ll just grow from here.”

I WON’T BE ABLE TO GET HIM OFF THAT MACHINE. AND HE’S LOCAL.
THAT’S A HOME RUN. THE PLAN IS WORKING. AND IT’LL JUST GROW FROM HERE. Yak Timber’s round wood is going to China. Across southeast Alaska, only one sawmill currently processes logs in volume. The majority of the timber is exported unmilled, often to Asia, where milling is cheaper. The company’s ﬁrst shipment of logs departed for China in November 2019 with another vessel scheduled for February/March 2020.

Marvin has been extremely impressed with how well the Tigercat equipment has held up over the winter season. “Some of our other equipment brands had to be babied when an extreme cold snap came through. The Tigercats didn’t miss a beat.”

Forestry still holds much potential in Alaska to diversify the economy in a sustainable way. Yak-Tat Kwaan has over 80 million board feet (19 000 cubic metres) on its own land, so the timber business in Yakutat will only grow from here. Yak Timber plans to hire more locals and even develop an operator training program.

Marvin, Chris and Tigercat are very excited about the relationships developed to put this project together. “It was a team effort to get this project going,” states Chris. “It was everybody coming together to pull it off.”

IT WAS A TEAM EFFORT TO GET THIS PROJECT GOING.
IT WAS EVERYBODY COMING TOGETHER TO PULL IT OFF. “That 635G is just a beast. I’m telling you, that is quite the machine,” says Marvin Adams.